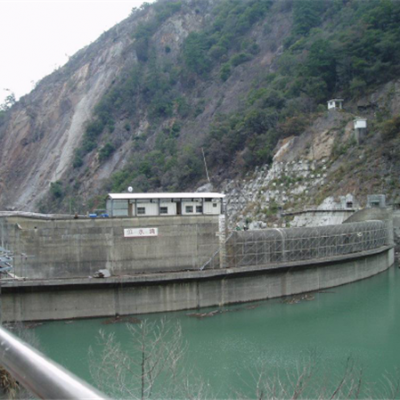 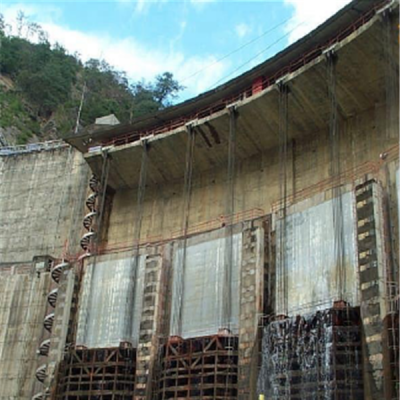 The Guu-Guann Dam, a concrete arch dam 82.5 meters in height, was damaged by the earthquake of Sept. 1999. The scope of repair work included sealing the leakage and repair shear cracks. The work included the use of borehole sampling and percussion echo detection of crack distribution, polyurethane resin injection grouting to fill oblique cracks; also grouting of horizontal leakage and verticalblock seams to effect water stoppage. The main difficulties and challenges facing this project were: improvement of resin injection grouting technology of very largestructures, the danger of frequent rock falls and aftershocks;and overhead operational safety.After completion of the grouting, the excellent effectiveness of all work was confirmed by drilling..This projects total contract amount was about12 million NT dollars. 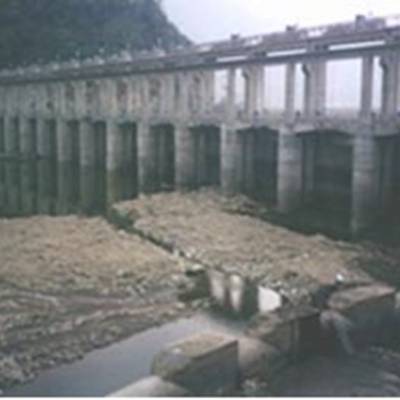 A number of leak stoppage grouting attempts had failed to overcome theproblem of water leakage caused by longitudinal shrinkage of the ShilinDam.Due to seam shrinkage:adhesion, deformation rate, durability, and the need to have an instant-setting property,so as to avoid washout, had to be considered.The company employed polyimide resin injection grouting andsuccessfully completed the leak stoppage in January 2000.Since then, the leakage problem has not recurred. 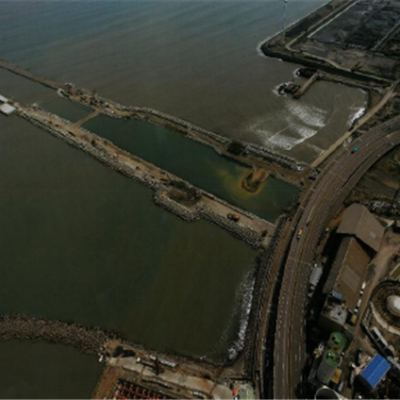 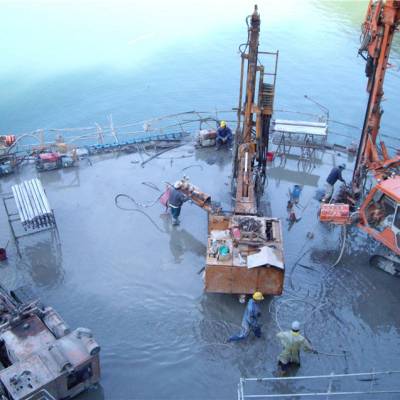 To expand the Wanda Power Plant with the addition of No. 4 generator unit,an additional water intake facility had to be constructed at Wanda Reservoir.As the reservoir was still needed to continue its water storage function, it wasnecessary to carry out grouting of the cofferdam in two stages to retain the water,then two phases of construction were carried out within the cofferdam and on the associated inlet connection tunnel. 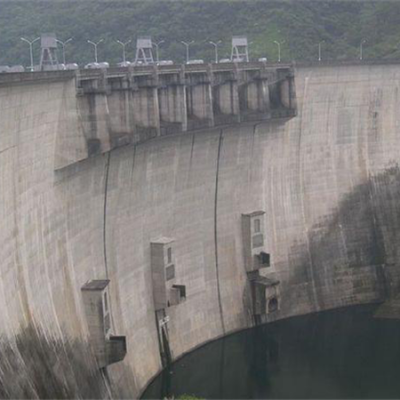 Feitsui Dam has a height of 122.5 meters.The dam structure is directiondouble curve concrete arch, consisting of 29 separate sub-blocks.Dueto leakage through part of the block joints,work was needed to stop thisflow.So as that this project, in 1995, was proceeded to overcome this problem.The polyurethane resin injection was selected as the approach for this project.The injection work was executed focused on the block construction joints, upstream and downstream surface respectively. After the injection works,the repaired joints performed well as predicted and leakages were sealed.

The Mingtan Power Plant has a 58-meter-high concrete gravity dam. Verticalcontraction joint leakage problems occurred, and with the water level at itshighest, the leakage rate was 2,100L/min.The main challenge of the project was how to achieve water stoppage effect, without blocking the original drainage pipes buried in the contraction joints.The solution to the water leakageproblem was implemented utilizing a variety of grouting methods, including polyurethane resin injection, high pressure LW grouting and ducted cement bentonite grouting.Using the combined characteristics of the different grouts,a very significant result of 96% reduction in water leakage was achieved.This project had been finished in December 2000. The total contract amount was about 5 million NT dollars.