The surrounding geological conditions of a vehicular mountain tunnel were broken quartz sandstone and slate.

Although there were rock strata and colluvium-based alluvial layers with a thickness of about 60m in the upper part, due to broken rock formations and developed joints, after the tunnel support was erected and sprayed with shotcrete for protection, serious water leakage occurred in many places.

In particular, there were streams crossing the upper surface, and the amount of water leakage was considerable, which seriously affected the subsequent lining construction. 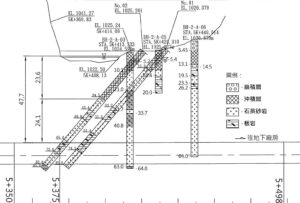 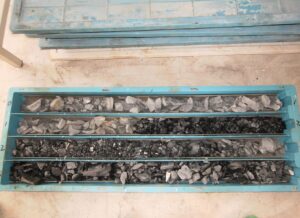 The length of the tunnel in the leaking section was about 120m, and it was expected that water leakage might occur in the early planning.

However, due to the large actual water inflow, high flow rate, and poor durability of LW grout, long-term water leakage in the tunnel would be caused after completion.

After careful evaluation by the company, it was decided to use polyurethane resin with high viscosity, not easily separated and dispersed by groundwater as the water-stop grouting material. 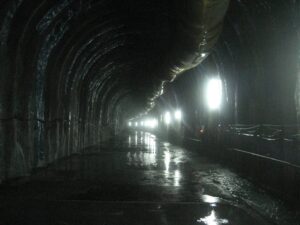 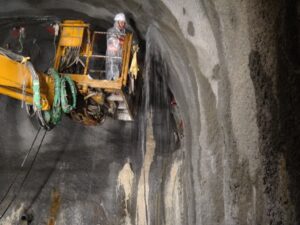 Because the original budget of this water stop project was compiled for dry injection of FW grout, if the commonly used polyurethane resin injection method was used, the project cost would greatly exceed the budget.

However, due to the fact that cement-based grout was not applicable, after evaluation and actual testing, it was decided to optimize the design according to the conditions of this project as follows:

(1) Non-solvent self-expanding polyurethane resin with 10 times expansion ratio to be used to stop the leakage of the joint surfaces, and at the same time bond the broken rock formation.

(2) The grouting adopted a medium perfusion pressure of 3000kPa, in order to fill the joint surface without going deep into the fine cracks, so as to save the amount of grout used. 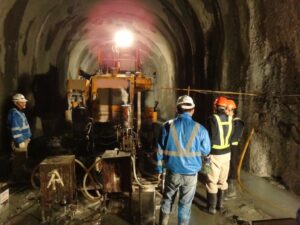 When on-site grouting was carried out according to the design, the plugging effect was affected due to the large joint gaps and high water pressure in the rock formation.

In order to achieve blockage of the water inrush, after negotiation by all parties, it was decided to adjust the design as follows:

(1) Increase the polyurethane resin catalyst and the front-end mixer of the grouting machine to speed up the reaction of the grout and improve the curing time.

(2) Reduce the spacing of the grouting holes to achieve a complete overlapping plugging effect. 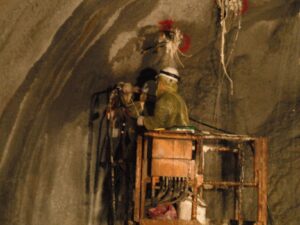 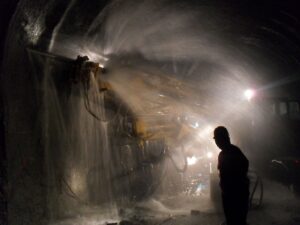 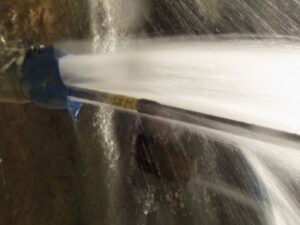 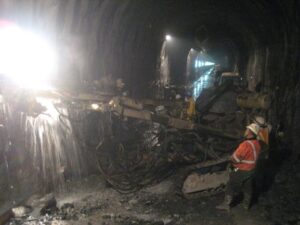 After adjusting the design, the water inrush at the construction site was greatly reduced, and eliminated after localized supplementary grout injection, and only a small amount of bleeding phenomenon remained.

After the on-site water penetration test was checked, it was confirmed that the small amount of water seepage would not affect the pouring of the tunnel lining.

The site was handed over to the construction crew for follow-up process execution. Under the budget permitted, the serious water leakage sealing of the tunnel under construction had been successfully achieved.