The water ingress was about 12 liters per minute. In order to avoid flooding and dampness in the basement affecting construction safety and other work items, the construction unit specially commissioned a professional contractor to propose a water inrush plugging plan and deliver it for implementation. 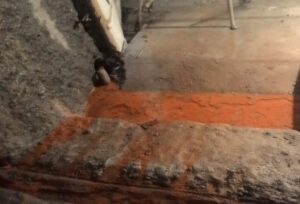 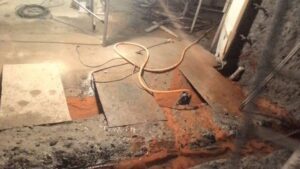 The stratum surrounding the interface between the station body and the integrated structure was gray-black silty soil with medium-fine sand and gravel, with extremely high water-permeability. The interface was about 6m long and 2.5m high.

In order to avoid water leakage caused by differential subsidence or earthquake in the future, it is planned to use non-solvent elastic polyurethane resin as the sealing material to achieve long-term water inrush sealing effect. 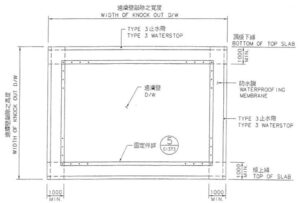 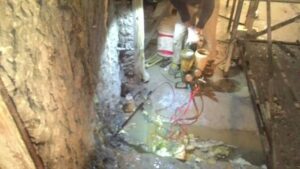 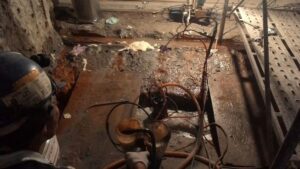 The works method adopted the oblique hole grouting method introduced from Germany. The intersection of the borehole and the crack was to be not less than 1/2 the wall thickness.

Because of the small leakage at the interface between the building and the diaphragm wall of the station body, a two-component micro-expansion resin and a non-expanding elastic resin were to be used to compress and bond the cracks and joints.

At the junction of the continuous wall of the station body and the base plate, because of the large amount of water ingress, the two-component type high expansion rate polyurethane resin to be used to block the water inrush first.

In addition, a non-expanding elastic resin to be used for high-pressure infusion, and the resin to be compressed to the water-facing surface to form a plugging cushion layer to achieve a long-term water-stop effect. 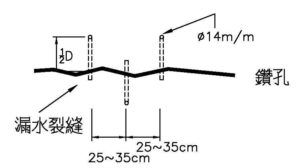 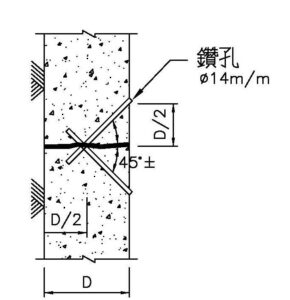 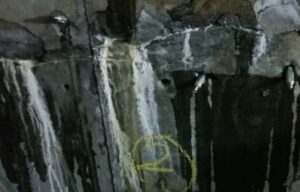 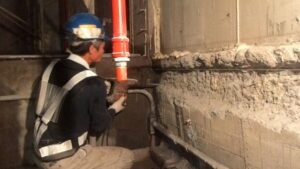 The works method of this project was not complicated, but the works time was tight, and the stratum behind the inrushing block was hollowed out and the disturbed condition was not clear.

During the works process, manpower was added to removal of loose concrete and repair and clean up crack fillers. In addition, according to the calculation of the wall and plate thickness shown in the design drawing, the drill holes were staggered about 15~25 cm on both sides of the crack.

During the pouring process, because the range of the holes and the weak zone behind the wall (plate) was uncertain, the holes were drilled from the lowest position and the grouting was started in a constant pressure control mode during pouring.

This was until the resin overflowed from the upper end adjacent to the pouring port. This method was done in this way sequentially from bottom to top until all the infusions were completed. 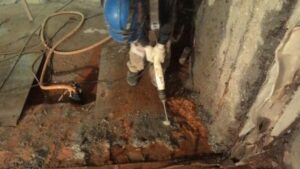 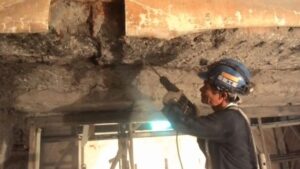 After the grouting is completed, the pre-embedded grouting head knocked out and the overflowing resin on the grouting surfaces cleaned up, and observe for more than 24 hours.

If there was still a small amount of water seepage, holes for enhanced perfusion were re-arranged until all interfaces no longer showed water or dampness, then the grouting head was removed and each works surface filled with resin mortar and the overall construction area was cleaned and restored.

After submitting to the contractor for acceptance and intensive observation during the warranty period, no water leakage occurred at the interface between the sealed building and the diaphragm wall of the station body.

The MRT integrated building connection interface had been successfully completed. 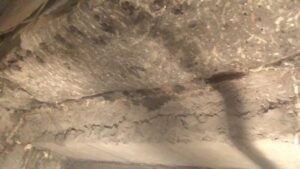 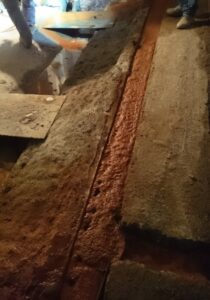