Jacking Reinforcement – The driveway outside a steel mill was composed of coarse and medium sand with gravel and silty fine sand with organic matter.

Due to the long-term pressure by heavy trucks, differential settlement and localized cracking of the rigid pavement occurred. In order to prevent vehicles from vibrating violently when passing through, causing the steel products or raw materials on vehicles to loosen and fall off, the maintenance unit entrusted a professional contractor experienced in floor jacking, stratum filling and reinforcement to carry out planning and works. 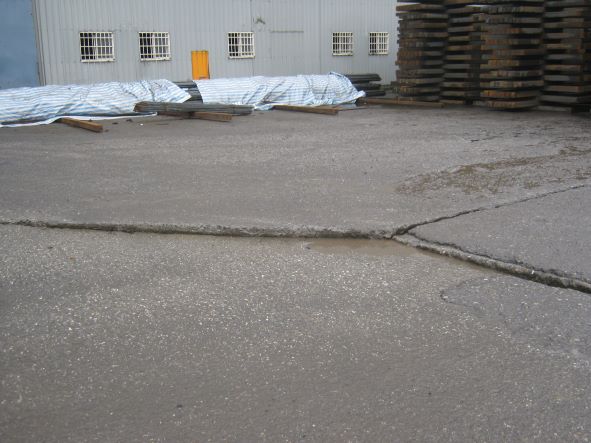 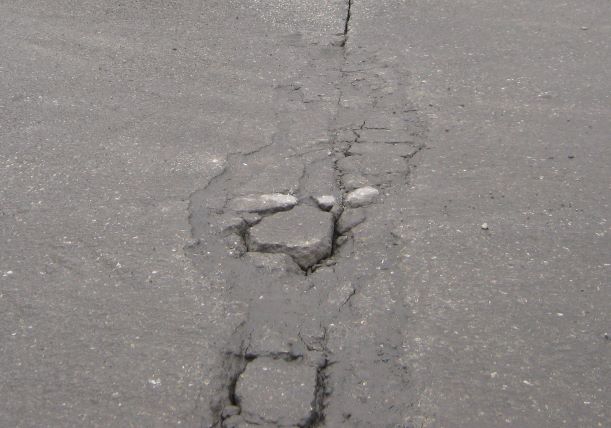 According to the on-site investigation, it was found that the subsidence of the mill yard surface was more serious than that around the expansion joints and rigid pavement.

The judgment was that the subsidence should be due to uneven compaction of the backfill layer and differences in the soil properties of the sub-bed, as well as the vibration caused by the passing of vehicles.

In order to understand the situation of the stratum under the floor, especially in the more serious subsidence positions before works started, the dynamic penetration measurement method (DPM / Dynamic Penetrometric test) was used to detect the weak zones of the stratum, and a suitable grouting reinforcement scheme was planned according to the test results and site conditions. 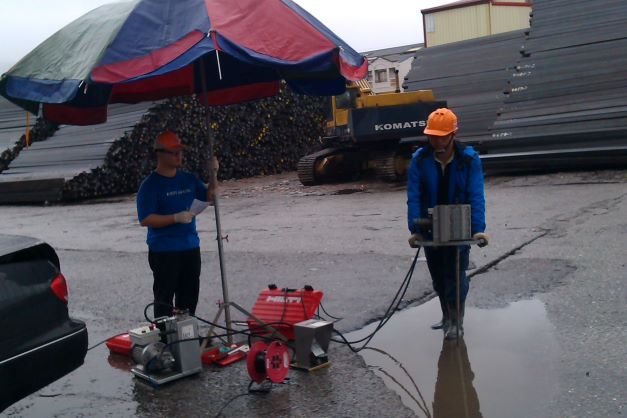 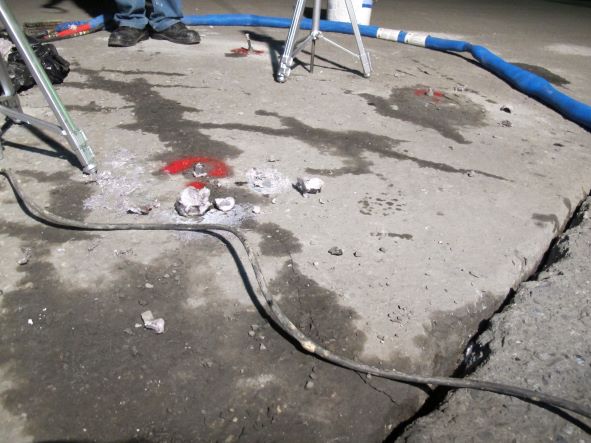 The factory yard area was a rigid pavement design. The N value of the bottom sand layer was about 8~12, which belonged to the light to moderate OC stratum, and there were small-scale discontinuous gaps between the pavement and the stratum.

The factory was about 8 kilometers away from the coast, so the sand layer was slightly saline. Also, the owner required that the area should open to vehicles as soon as possible after the jacking operation.

Because of these factors, in the design, LW cement-based grout was not suitable for use in saline-alkali areas so was excluded. Two-component polyurethane resin with short curing time and high strength was selected for filling and reinforcement.

According to the on-site elevation measurements, the maximum subsidence of the floor was 8.6cm, and the serious subsidence was mostly concentrated around the expansion joints.

After considering the water discharge slope, the designed jacking volume range was 2.7-8.6 cm, and the distribution area was inconsistent. There was no weak zone found in the works area as a result of the DPM test, so no deep improvement was required.

After considering on-site operating conditions and vehicle load requirements, it was planned to use Tipor-01 instant-setting rigid non-expanding polyurethane resin @50cm with a compressive strength of more than 40MPa to carry out shallow jacking and reinforcement around the expansion joints, and fill and jack the floor on both sides of the expansion joints. 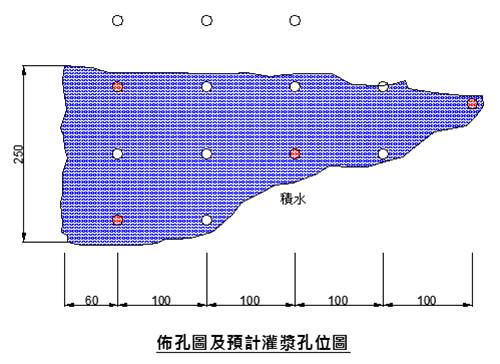 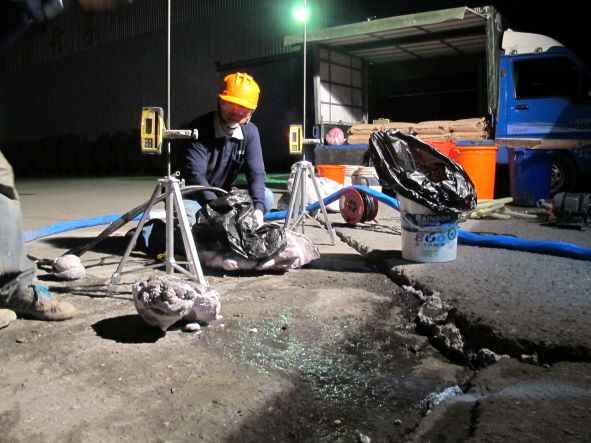 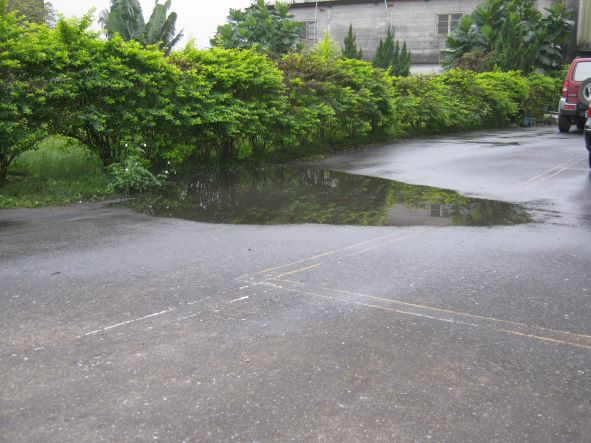 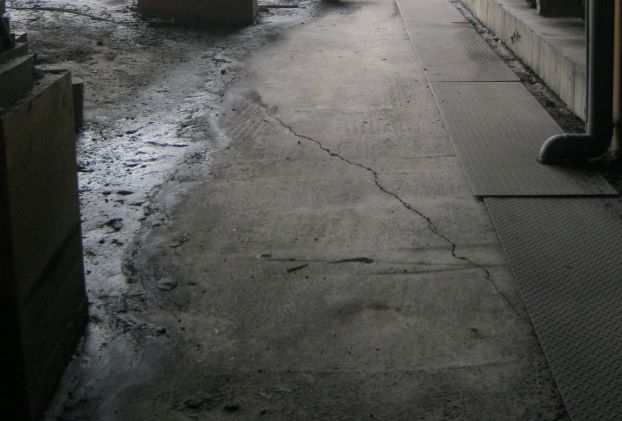 In order to avoid the accumulation of water on the floor, the drainage slope of the floor had to be taken into account during jacking.

However, due to the uneven amount of subsidence on the site, in order to achieve the leveling effect after jacking, in addition to calibrating the jacking height of the grouting holes and working in sections, an automatic laser level with a resolution of 0.5mm was installed within the jacking range for real-time monitoring.

The pre-lift amount of not more than 2mm was used as the control value to achieve the target of flatness deviation of the floor less than 2.6mm, and at the same time to avoid the excessive differential subsidence caused by the creep of the stratum and filling materials. 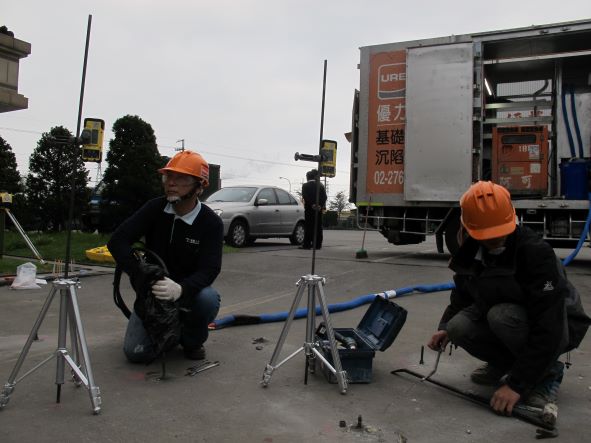 After the jacking operation was completed and the filling holes and existing floor cracks were filled with resin mortar, the differential subsidence near the expansion joints of the rigid floor was greatly improved, and the serious water accumulation during rainfall did not occur.

After a period of frequent heavy truck traffic, severe vibration no longer occurred. Subsidence treatment and jacking of the steel plant’s vehicle yard had been successfully completed. 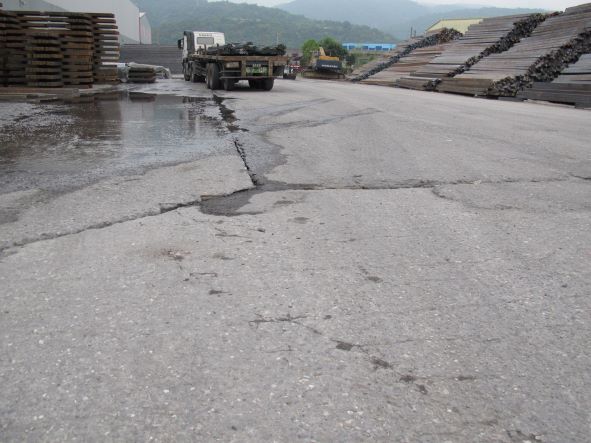 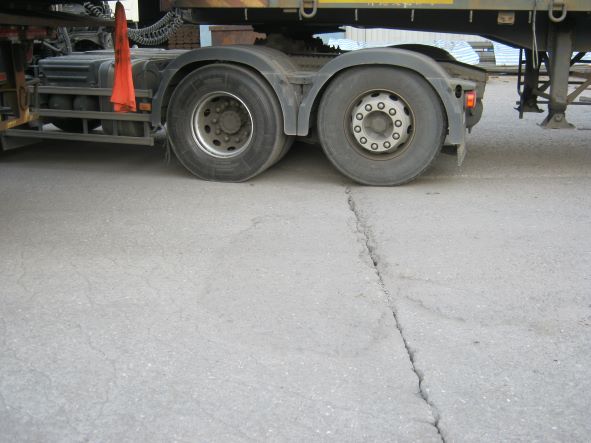 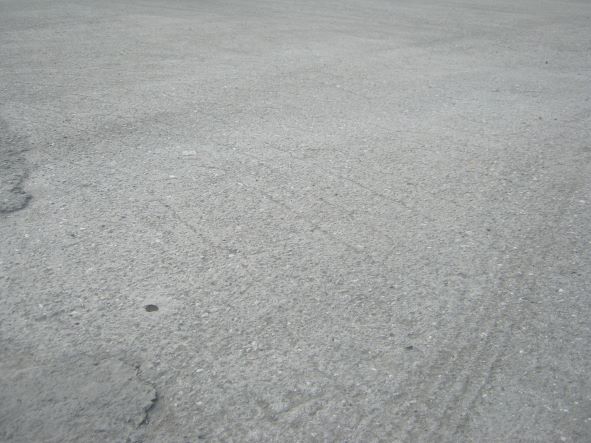 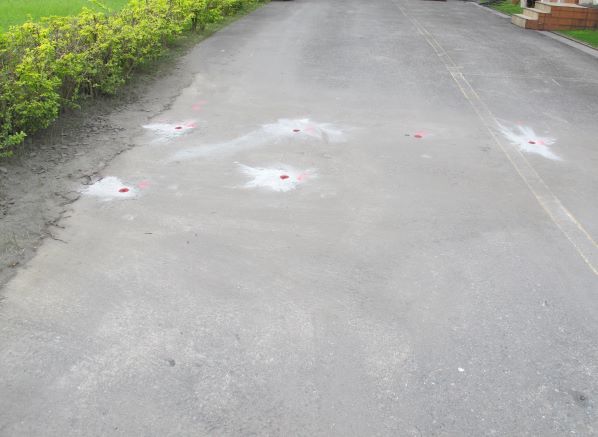