Polyurethane Resin Grouting Technology : A science and technology building in Taipei City had adopted a two-wall-in-one design without double walls. Large-scale long-term water seepage and severe water damage occurred in the side walls and drainage channels of the second and third-level underground parking levels.

In order to avoid the continuous expansion of this situation and prevent possible structural damage, the management unit specially entrusted the company to conduct current situation assessment and implement water seepage prevention and reinforcement work. 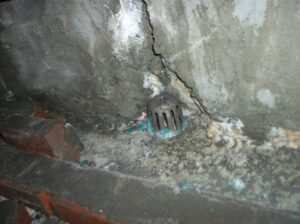 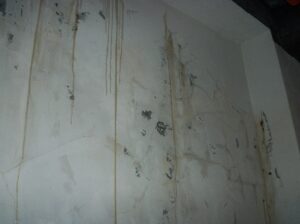 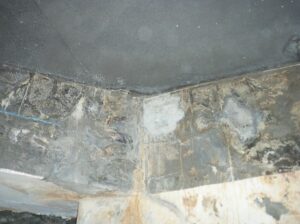 After accepting the project, the company immediately assigned professional engineers to conduct on-site surveys with the client, and after detailed evaluation, proposed the repair plan as follows:

(1) Remove the water seepage areas of the plaster layer, with an area of about 45m2.

(2) Scrape off the moist peeling plaster layer, the area is about 986m2.

(3) Clean up and stop leakage of side drainage channels and drain cover grates adjacent to the basement walls, the length was about 190m.

Since this building was a science and technology building in operation, the parking space was in frequent use. The client required that the works period for each block must not exceed 7 days, and the works could only be carried out between 8 pm and 5 am every day.

In order to meet the requirements of the owners to shorten the construction time and avoid occupying parking spaces, the company specially strengthened the organization of the works teams.

According to the works plan, work was divided into “surface removal group”, “leak-stop grouting group” and “water-proofing mudding group” to maximize the mobility of personnel, equipment and works efficiency. 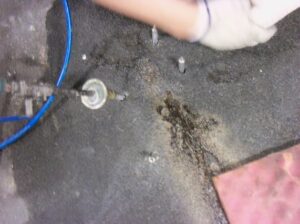 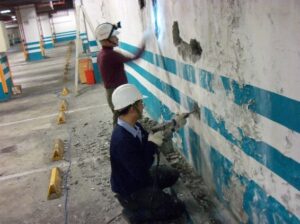 (2) Use equipment to scrape off the peeling paint layer caused by water damage in different zones.

(3) Removal of the peeling and cavitied places with severe water seepage.

(4) Resin mortar to fill the holes in the localized gouged-out places.

(5) Carry out 45-degree diagonal staggered drilling along the cracks and set up grouting holes. In the localized severe leakage areas, expand the drilling angle and shorten the drilling distance so as to inject more grout.

(6) First infuse “hydroactive expanding polyurethane resin” to block the infiltration of water into the cracks and drain the water accumulated in the cracks.

(7) After letting stand for more than five minutes and confirming that there is no water seepage, the original drill-holes are replaced with rigid polyurethane resin for permanent plugging and fissure bonding reinforcement.

(8) The gouged-out parts of the wall to be filled with resin mortar.

(9) Detailed cleaning of the drainage channels, the crack stop leakage reinforcement and the infusion and the resin mortar surface treatment.

(10) After confirming that the water leakage problem is completely solved, and the various repair materials reach the expected strength, use equipment to smooth the wall, clean it, and restore with paint. 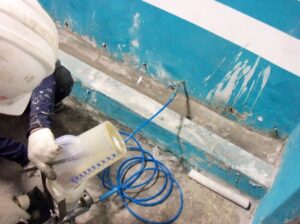 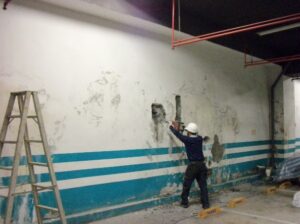 In order to avoid water in the basement area caused by drilling and crack cleaning of the walls of each block. Before the execution of the various leak-proofing works, the side wall drainage channels were cleared. Then the drain cover grates were cleaned, and the downpipe blockage removed.

If pipes could not be cleared due to severe blockage, the grafting channel (pipe) method was used instead. After confirming that the drainage system of the basement was working properly, the expected works areas were closed off, and then the design plan was followed to carry out various seepage wall removal and drilling operations in sequence, and two-stage leak-proof grout injection was implemented.

All work areas carried out leakage prevention and reinforcement operations in accordance with the plan, and the treatment process went smoothly. However, the designated night construction hours were quite short and the execution process was relatively tight. 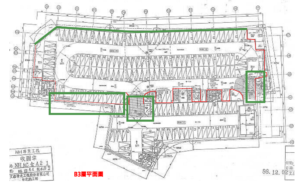 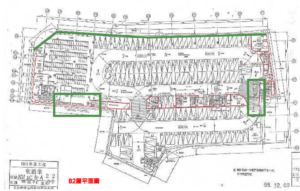 After implementation of the polyurethane resin oblique two-step grouting technology in the basement leakage prevention project, the leakage of the walls and drainage channels of each block was effectively solved.

At the same time, bonding and reinforcing the concrete cracks to improve the safety of the structure. Combined with the multiple waterproofing technology applied simultaneously with resin mortar, the waterproof performance of the basement wall was further improved.

The work was carried out by separate group teams, which greatly improved execution mobility and work efficiency. With the concerted cooperation of all engineering personnel and management units, the water leakage prevention and repair work on the basement side walls of the building was successfully completed within the contract period. 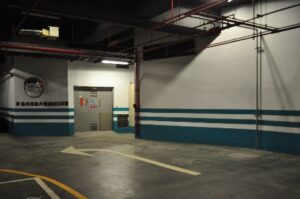 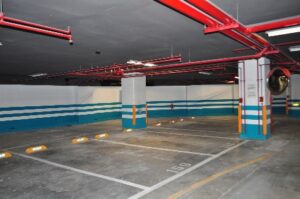 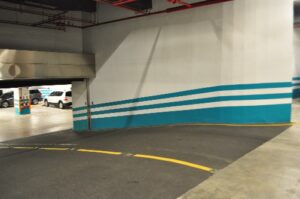